DAB is a student-led initiative that works to improve graduate student services and programming around diversity, equity, & inclusion.

The UChicagoGRAD Diversity Advisory Board (DAB) is a group of students from across the university who advise UChicagoGRAD and other administrative leaders in developing programs and resources related to diversity in graduate education and experience. DAB also serves to connect campus-wide graduate student groups with each other and University leadership. Board membership reflects students who have consistently demonstrated a commitment to enhancing diversity, inclusion, access, and equity in higher education. Learn more about DAB at voices.uchicago.edu/graddab.

A student-led and organized research symposium designed to highlight the work of underrepresented minority graduate and postdoctoral scholars at the University of Chicago while building community among scholars of color on campus. More information about volunteering, presentation proposals and registration will be available during the winter quarter.

Maroon Mates is UChicagoGRAD’s premier peer mentoring program specifically for self-identified underrepresented PhD students. Our goal is to help historically-marginalized students create a stronger sense of community while supporting one another throughout the academic year. Applications are released during the Autumn Quarter.

Together with the Chicago Center for Teaching, UChicagoGRAD oversees and facilitates the work of five graduate interns conducting work on behalf of graduate diversity and inclusion to inform programs, practices, and policy here at UChicago. For more information, contact Dana Bozeman.

The Race and Pedagogy Working Group at the University of Chicago is a community of scholars and educators interested in exploring the intersection of pedagogy and racial justice across disciplines.  Our aim is to foster a community of scholars and educators committed to addressing race as a subject of both practical and theoretical interest in our classrooms. To that end, we organize events and assemble resources that encourage the cultivation of new pedagogical tools and approaches for thinking about race across the disciplines.

The Race and Pedagogy Working Group is supported by The Chicago Center for Teaching, UChicagoGRAD Diversity & Inclusion, and the Center for the Study of Race, Politics, and Culture. Please contact Cheryl Richardson with your questions as well as any ideas for future programs. 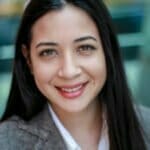 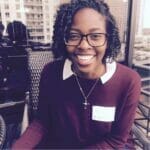 I am currently a fourth-year Ph.D. student in the music department. My areas of interest revolve primarily around the relationship between music and nationalism in Haiti throughout the last century and in Spain in the nineteenth century. My dissertation focuses on the role the radio and YouTube have played in connecting Haitians transnationally. When I am not thinking about nationalism, I do love to write about how Blackness is sounded in film.

Having been a part of or working for diversity-related organizations since middle school, I spend a great deal of time thinking about how I can relate my research to the world around me and enjoy working with those who have a passion for doing the same. 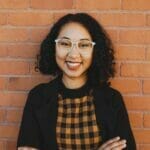 Brandy C. Williams is a joint Ph.D. student in English & Theater and Performance Studies at the University of Chicago. Their work in premodern critical race studies deploys Black feminist frameworks to examine categories of social formation in early modern drama in the framework of intersectionality. Brandy’s first publication, a performance review of Harlem Shakespeare Festival’s all-female Othello and Becoming Othello: A Black Girl’s Journey is forthcoming in Shakespeare Bulletin. Beyond scholarship, they also serve as Graduate Admissions Intern within UChicagoGRAD and enjoy making candles and other aromatic goods for Love’s Labours Apothecary. 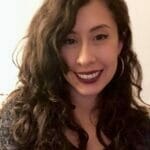 I’m a first-generation student in my 5th-year of Booth’s Behavioral Science PhD program with a BA in psychology from UT- Austin. My background is in implementing wise psychological interventions to foster growth mindsets, social belonging, and beyond-the-self sense of purpose. I’m interested in using “design-thinking” and youth participatory action research methods to co-create community-based interventions that promote a critical consciousness of the structural forces that drive inequality. My current projects explore how raising awareness of the ways systemic racism contributes to gun violence can influence public policy support and empower youth to engage in community activism. In my spare time, I teach virtual zumba class to fundraise for local grassroots organizations and sing Mexican ranchera songs at karaoke. 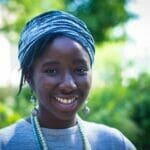 Victoria Okuneye is a seventh year MD-PhD student with a specialization in Computational Neuroscience. She was born in Atlanta but mostly grew up experiencing the four glorious and fortifying seasons of the Midwest. Victoria completed her B.S. in Brain & Cognitive Sciences from MIT. Currently, at UChicago her research investigates the neurobiological mechanisms of hallucinations and delusions in psychosis. She is currently in her second year of medical school training. Following, she plans to attend a psychiatry residency program and pursue a career in academic medicine. Her interests are personalized medicine; AI for social good, trauma and resilience, and global mental health. Victoria is passionate about STEM, social justice, and improving healthcare delivery to minorities , refugees, and low-resource communities. 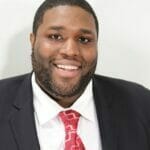 A native New Yorker Durrell Malik Washington, Sr. is a 2nd Year PhD Student at the Crown Family School of Social Work, Policy, and Practice. Durrell Received his Bachelor of Social Work from CUNY York College in 2017 and his Master of Social Work from Columbia University in 2018. Durrell is currently a Graduate Research Assistant at the University of Chicago’s Pozen Center’s, Human Rights Lab and Northwestern Universities Neighborhood and Network Initiative (N3) lab. Durrell’s research interest lies in understanding the intersections between urban neighborhoods, juvenile justice, mental health and families. Durrell is also interested in mixed methods research specifically Social Network Analysis, Spatial Data, and Interpretive Methods. Durrell is currently working on two projects; one is a longitudinal evaluation of violence prevention programs on the south side of Chicago and the other utilizes administrative Chicago gang and co-offender data to tie individuals based on co-arrest and using friendship nomination methods to link individuals to people they are tied to. 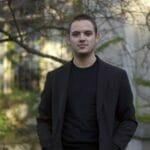 Brandon Sward is a doctoral candidate in the Department of Sociology at the University of Chicago, where he works on social theory. He wants to help build an academy diverse not only with regard to its students and faculty, but also with regard to the ways of knowing it accepts and values. Outside academia, he supports the abolition of police, prisons, and borders. He’s a member of Graduate Students United and the Democratic Socialists of America. 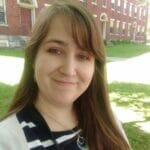 3rd yr PhD Student in the Dept. of the Geophysical Sciences, PSD

My research focuses on understanding how the Great Lakes microbiome will respond to climate change. I am very passionate about sharing my science with others and increasing access to and diversity in STEM. 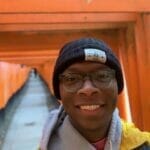 I’m Will Wagstaff, an MD/PhD student studying the role noncoding RNA plays in melanoma molecular targeted therapy resistance. When I’m not in lab, I’m workshopping a new recipe or I’m hanging out with Thurgood—my German Shorthaired Pointer—watching any and everything on Bravo. One day in the distant, distant, distant future I’ll be a radiation oncologist or an interventional radiologist and cast member on Married to Medicine. I joined DAB to build interdivisional community with graduate students committed to diversity, inclusion, and equity. I’m excited to work with and learn from everyone! 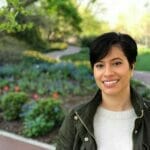 My name is Cristal Garcia (she/her/hers) and I am a part-time student pursuing a Masters of Science in Analytics currently housed in the Graham School. I have a very interdisciplinary background (BA in International Relations and MSc in Comparative and International Education) and my primary interests and passions lay in education, the workforce, social mobility, cognitive development and social mobility. I am a proud daughter of Mexican immigrants and am also neurodiverse. 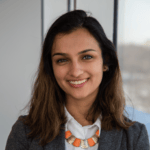 Aishwarya Raje is a second-year Master of Public Policy student at the University of Chicago Harris School of Public Policy.  In the summer of 2020, she served as a Mayoral Fellow with the City of Chicago working on pressing policy initiatives such as combating human trafficking and growing women- and minority-owned small businesses.  Prior to moving to Chicago, she worked as a researcher at the Global Health Policy Center of the Center for Strategic and International Studies in Washington, DC, where her work focused on health systems capacity in fragile settings.  Aishwarya is originally from New Jersey and holds a BA in international studies and Spanish from Johns Hopkins University. 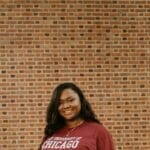 Angel Boulware is a Ph.D. student in the Comparative Human Development program at the University of Chicago. Her research interests lie at the intersection of educational studies, public health, and sociology. She is interested in how traumatic loss influences child development. In 2019, she received her BA in Sociology from Spelman College in Atlanta, Georgia. Angel is a first-generation college student from Charlotte, North Carolina. 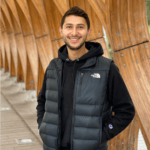 I am originally from Bogota, Colombia and moved to the States to rural Ohio when I was 10, go Bucks! Currently, I am a PhD student in the cancer biology program. I am also incredibly interested and passionate about advocating for underrepresented minorities in STEM and academia as a whole. In my personal time I love exploring bars and restaurants around the city with friends and traveling whenever I get the chance!